According to Apptentive’s user survey it says that “90% of users take app ratings into account, 79% pay attention to reviews and 4 out of every 10 people take reviews more seriously than recommendations from friends.”  Reviews are important.  In my opinion they can make or break the success of your product and children have such an involvement with technology now that they are play a large role in the process.  In a previous post I took some time and explored the apps I use most regularly in my classroom as well as some apps that I was looking forward to trying in my room as the year progressed.  I spent hours reading, learning about what each program does, as well as reading reviews posted about the product.  It was crucial for me to get a good understanding of what others thought,  sometimes people have noticed parts of the program I didn’t and made good points related the functionality of a certain program.  Much like my classroom however, I always try and go into things with a clean slate and try not to have others opinions dictate what I think so I can judge for myself.  It’s a fine line that I am still trying to explore!

For this assignment I asked my students to spend some time exploring 1 of 3 websites, Mathletic, Prodigy or Youtube Kids.  Their instruction was to look through the functionality of the site, check out the features of the website, think about what they like or do not like about the site based on their research and then google the program and read about what other people had to say.  I wanted them to form their own opinions, but still look at others as well, in particular, what other kids were saying.  Again, much like my other assignment where students were asked to work independently,  I had varying degrees of quality with my answers.  I have selected some of the most relevant to share with you today.  First, here is the breakdown of what sites students selected to explore.

The majority of students, as I suspected chose Prodigy because it seems to be a class favourite.  I was happy to see that some students went with Youtube Kids because we hadn’t explored that program yet and I was excited to see what they thought.    The next question was asking them to identify why they selected that program and answers ranged from, “because it’s a good program”, “because it’s my fave”, “because I know alot about it”, “I like Youtube and I like watching funny videos”, “cause I was interested”, “it’s a good school game” to “i don’ know why I picked it”.  Although this question wasn’t crucial to my research, I was interested in what drew kids to certain programs.  I also found it interesting that some students chose the program because they liked it and knew a lot about it already, some chose it because they were interested in learning more and some chose it because they used it and liked a function of it.

Next I asked students to share whether or not they used the program at school or at home – again, I was most curious to know how much students were engaging in the use of these programs and if they even used them without my supervision.  Part of being able to evaluate them is actually using them.  These results didn’t really surprise me as I assumed the majority of my students do not engage with “school programs” at home.

Then we spoke in class about the need to critically evaluate programs and look for both things we like and things we don’t.  We took some time to look up app reviews together and saw that there were both positives and negatives listed and why that is necessary.  I asked students to list 3 things they loved about the app and 3 things they were critical of.  Below are some of the answers for things students liked about the apps:

What I found most interesting about these answers is that students liked the “gamification” of math online and most didn’t focus on becoming better at math, but just enjoying participating in it more.  They like that there is lots to choose from and that you are rewarded through characters, certificates and leveling up.  These answers, coming from a teachers perspective don’t necessarily back up my chose to use these programs in my class – students are certainly more focused on the game and less about the educational benefits.

Below are reasons students are critical of the programs:

I was surprised at the answers that referenced the ads in the games.  Our next step in class is to start looking at the effects of advertising and am curious to see if kids will make this important connection to the games they play.  I was also intrigued by the students who reviewed Youtube Kids, they liked that it was censored, bit didn’t like it when they couldn’t access videos they were searching for.  Perhaps this is insight into the videos they are choosing to watch? 😉  Because of the intense, quick paced world we all live in, I was less surprised to criticism that the games were slow, graphics were poor, few updates and that it’s long.  I am shocked at our attention span so having them sit down and focus, even on a game, is a challenging task.  We spent some time reviewing the word “critical” and explored by it’s important to share things that we may not like.  This segued into asking the kids if they would recommend this program to friends – we spoke a lot about how our opinions could sway our friends into buying or participating in something so it was important that we were honest in our recommendations and reviews.

Some seemed unsure about this question – they were coming up with inquires like, “what if I say yes and they don’t like it”.  We spoke about how it would be up the person trying the app to decide for themselves whether they like the program or not, but what is most crucial for us, is being honest in what we thought and trying to give good detailed reviews so that people can then make their own educated choices.  The majority of students who selected no, appeared to have chosen Youtube Kids as their app.  When I checked in with a few students, they said they felt like it was for “babies” and that they liked the idea but were mad because they couldn’t find any of their videos.  They wouldn’t suggest it because it wasn’t for kids their age.  I thought this was insightful because they were starting to appreciate programs for their functionality, but considering their relevance to themselves and where they are at.  To follow up with this question I asked them, why or why they wouldn’t recommend the app.  For me, the important learning comes with the understanding of why we do what we do.  The answers here varied but included, “even after the things wrong with the site it still is a good website for math”, “Because they might like it because you can learn more. You need to answer a question to battle”, “i think that because if people dont know what it is they can play this. also some people that dont know how to do some math yet they can try this out”, “cause i want other kids to have fun to”, “Because its safe” and “They might like it because they can find videos they want to watch”.  Although these answers are fairly generic, I could see some glimpses of kids trying to rationalize why they would ask other students to try a site.  My goal for this question was to get kids thinking of why we choose certain sites over others. 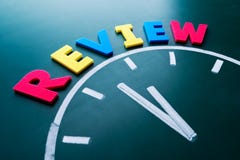 Another aspect of this assignment was to have students spend some time exploring reviews that people had already left regarding the specific program they had chosen to research.  I wanted them to understand what a review was, how they were written and what their function was.  We looked a little bit at what companies might do if they were to have a negative review on their product and how having positive reviews might impact their success.   Blogger Takumi Kakehi said,  “Since iOS 11 was introduced in 2017, Apple began restricting app developers from implementing custom review prompts. Instead, Apple encouraged them to use their new native prompt, which only shows up 3 times max per year. Also, this pop-up won’t show up again once users leave a review. It also helps developers to implement the prompt easily, but apps can no longer ask users after major bug fixes or big feature introductions.”  I read this to the kids and they asked how it helped if people couldn’t change their mind and I thought that was a very good point.  If companies took reviews to heart and made changes based on those recommendations, and no one was given the chance to amend, how would people be getting an accurate view of the program or its capabilities?  We used this as a spring board to  write our own reviews after researching our chosen programs.  Again,  the writing ability of my class dictated the length of the responses but I truly felt like kids had a good grasp of the point of reviews.  Here are some of the reviews by kids wrote, “prodigy is a great site for learning but there is quite a few ads other than that is pretty good”, “YouTube is a good program for watching videos. I like all the funny videos but sometimes it can be hard to find the video that I want to watch”, “i wish they put a little less monsters in the game”, “It’s a good site but the membership spam I hate”, “I Like this Program And think Other Kids Would learn a lot of math stuff I would give it a 4/5” and “Prodigy is a fun good way of learning math in video game form, However, for axtra prizes or to use certain feature you need a paid membership”.  I was happy to see students referencing ad spam, loop holes with memberships vs. unpaid subscriptions and just generally taking a side or taking in media with a critical lens.

To conclude this quiz I asked kids to share their favourite app we use at school, and their favourite app they use at home – regardless of whether it was on our list for this assignment or not.  Majority of students chose Prodigy because it’s fun, game like and they can battle friends.  I had 2 students select Mathletics because you can practice math online and 2 students choose Sumdog, a multiplayer, adaptive math site.  Sumdog with a paid membership also offers spelling and language options as well.  Students said it was easier than the Prodigy and Mathletics but lots of fun and they like the multi-player option.  I found it interesting that the points students made were all very similar, describing different apps.  Apps students chose that were used outside of school included Fortnite, TikTok, Roblox, Mindcraft and Youtube.  If it were still possible this year to explore these apps and programs with the students I think I would.  I am curious what draws them into these apps, what they actually understand about their flaws and strengths and if they are being safe on these programs.  I would also like to tie these apps into the idea of bombardment of advertising for kids.

Overall I was happy with how this project turned out and the information that students got from this.  I was impressed with the fact that students had some knowledge about spam, advertising, memberships, and sharing information online.

is no education at all.” – Aristotle